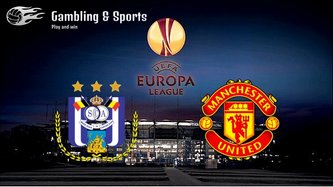 Analytics
and review of the match Anderlecht
– Manchester United

One
of the matches of the ¼ finals of the Europe League will be held
between Anderlecht, Belgium and Manchester United, England. The match
will start on the 13th
of April, Thursday in Anderlecht at 21:05 (GMT+1).

During
the last round Anderlecht didn’t experience any problems having won
2 times over APOEL, Greece with the score 1:0. But Manchester United
had to work with Rostov. “Red devils” during the away match had
played with the score 1:1and won with the minimum advantage during
the home match.

The
best bet on the match Anderlecht will be:

Anderlecht
had won 5 last home matches in a row.

Anderlecht
and Manchester United had met twice during the group stage of the
Champions League 2000/2001. At home arena Manchester had won with the
score 5:1 but lost the away match 1:2.