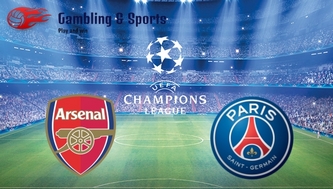 Analytics and review of the match “Arsenal”– “PSG”

To tell the truth, it is really difficult to figure out the favorite. “PSG” lately is demonstrating perfect football at the Champions League, but we all know how well“Arsenal” performs at “Emirates”. But we need to remember that two last matches “Arsenal” has played with “Manchester United” and “Tottenham” and the tiredness can be strong.

We all wait for a very interesting match that can’t end in a draw in any way. In our opinion the best bets on the match “Arsenal”– “PSG” will be:

“Arsenal and “PSG” have met twice and in both matches the bet both to score was successful.

“Arsenal” hasn’t lost for already 17 matches in a row. “PSG” has the similar list of 9 matches.