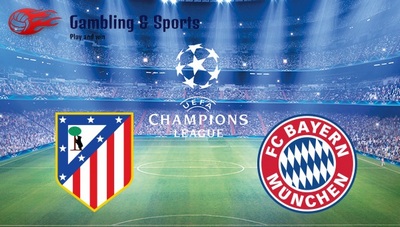 Analytics and review of the match “Atl. Madrid” – “Bayern”

Surely, but the importance of this match is advancing all the matches of the second round of the group stage of the Champions League. Last season these teams were fighting with each other during the semi-final and now they have to meet during the group stage. At stake, of course, is not the final match, but both clubs are extremely principal and are not going to give up. Mind, that “Atl. Madrid” stood in “Bayern” way last season.

This is no longer in question the fact that both “Atl. Madrid” and “Bayern” have excellent football players and are in their perfect fit. All see this. But it should be remembered that “Atl. Madrid” will play at home and they don’t really care who are they playing with – “Granada” or “Bayern”. They will do everything because of their fans. More than that, last week “Atl. Madrid” trained a lot on another team that is close to “Bayern” by its level – “Barcelona”. That match ended with the score 1:1.

“Atl. Madrid” hasn’t lost a home match for a very long time already. “Bayern” wasn’t very lucky in Madrid last season. And we doubt that this season will bring it the success. The best bets on the match “Atl. Madrid” – “Bayern” are:

“Bayern” won all 8 matches of the current season.

“Bayern” lost its last away match to “Atl. Madrid” Madrid.