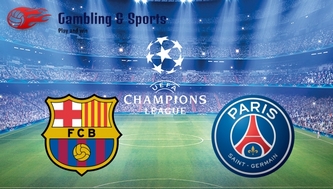 Analytics
and review of the match Barcelona-PSG

On
the 8th
of March, Wednesday the 2nd
leg of Champions League 1/8 finals between Barcelona, Spain and PSG,
France will be held. This match will be held in Barcelona at 20:45
(GMT+1).

It
is difficult to explain what has happened in Paris on the 14th
of February. Nobody expected that the Frenchmen will score 5
unreturned goals. Of course, the draw results or even the winning of
PSG with 1 or 2 scored goals but not with 4! Hardly possible that
Barcelona would cope with this. At any rate, no one in the history of
Champions League has never won back at playoff the score difference
in 4 points!

Would
Barcelona be able to do this? The team that has Messi is able to do a
lot. But PSG now is really good…

Barcelona
will do the best and win this match. But Cavani won’t leave Ter
Stegen without the job. In our opinion the best bets on the match
Barcelona-PSG will be:

Interesting
facts before the match Barcelona-PSG

Last
time Barcelona had lost at home arena in September 2016.