Two leaders of their group, two grands of European football. They need to demonstrate the high class football. Bayern and Atletico in this match won’t be working for any places at the standings as the Spanish club is sure to have the first line and the German champion – the second. However, both clubs have something to prove for native and European fans. 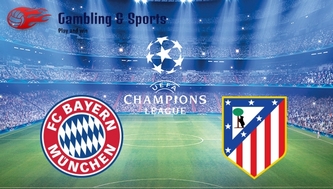 Having lost its leadership in Bundesliga and made the way Atletico in the Champions League, the team of Carlo Ancelotti is rather disappointed with the results. But the situation for Bayern is not fatal and can be possibly changed during the spring and winter part of the season. In winter Munich club can possibly replace RB Leipzig from the first line in the Championship and in spring the club can shine in play off. Don’t forget that the club is experiencing great rebuilding when compared with the times of Guardiola. Ancelotti had always gained success with his clubs.

Perfect game of the club at Champions League (5 winnings in a row) goes with the tricky situation at Spanish Premier where the football club from Madrid is seriously far from the leader. Also it should be noted that Atletico by the end of the season can miss Diego Simeone. The football player is talking about his possible leaving. Atletico now is showing quite good football. The matches of the national championship don’t see amazing winnings any more.

This match can become “the match of honor” for Bayern that has lost the away match with the score 1:0. This time the club from Munich has to play better in order to confirm its status of a superclub. That is why we all believe in its success.

Also we should wait for the continuation of the good tradition of pragmatic football during the match Bayern-Atletico. Both football clubs will show aggressive football. That is the visiting card of these clubs. So the best bet will be Total under.