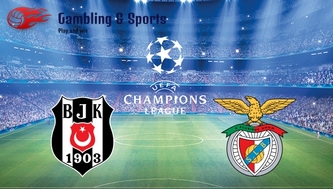 Analytics and review of the match “Beşiktaş” – “Benfica”

The tournament situation in the group B is hypercharged. “Benfica” and “Napoli” are sharing the first line having 7 scored points. But “Beşiktaş” is practically snapping at the heels of its rivals – the team needs just 1 point. More than that, the team is the only one that didn’t experience the bitterness of defeat.

“Beşiktaş” plays very confidently at home and lose very rarely. “Benfica” now is not so strong to achieve confident victory in Istanbul. What the team really can do – is to gain the draw.

Football in Turkey is rarely easy for guests. So, do not wait for an easy match this time. In our opinion the best bets on the match “Beşiktaş” – “Benfica” will be:

“Beşiktaş” hasn’t lost on its arena since February 2016.