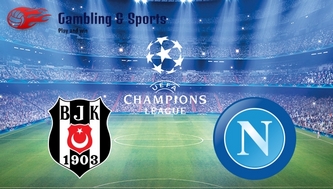 Analytics and review of the match “Beşiktaş” – “Napoli”

The previous match between these two teams that was played two weeks ago in Naples was not only very interesting, but also very nervous. “Beşiktaş” has experienced 2 penalty shots but Turkey club was able to win with the score 3:2. Arkadiusz Milik wasn’t playing and this fact influenced greatly on the attacking force. The football player won’t help in this match either

“Beşiktaş” current squad hasn’t lost even one match this season. And taking into consideration how Turkmen play on their arena, it won’t be wise to expect the winning of Italian team this Tuesday.

“Beşiktaş” knows how to win “Napoli”. It will be difficult for Italian team to win. In our opinion the best bets on the match “Beşiktaş” – “Napoli” will be:

“Beşiktaş” hasn’t lost on its arena since February 2016.