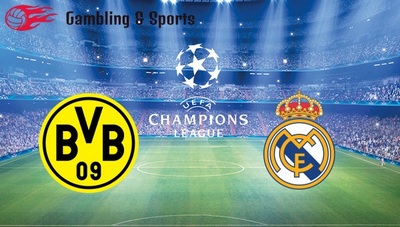 Analytics and review of the match Borussia Dortmund– Real Madrid

“Borussia” Dortmund will host Real Madrid in the frames of the second round of the group stage of the Champions League 2016-2017. The match will start on Tuesday, at 20:45 GMT+2.

This fight causes quite a stir around Europe due to four excellent matches that were played by the clubs during Champions League 2012-2013 and season 2013-2014. The clubs met both times at playoff, but in the first case the winner was Dortmund, and in the second – Real Madrid.

Of course, now “Borussia” is lacking Robert Lewandowski, who terrorized defense of “Real” during those matches. Also Jurgen Klopp , who was in charge of that “Borussia” and we need to admit – he did it brilliantly. “Borussia” renewed seriously but it is still dangerous for top-clubs of Europe. “Borussia” won away match against Polish ‘Legia” with the score 6:0 in the first round and confirmed that it is in perfect fit. “Real” with great difficulties won the home match over Lisbon “Sporting” with the score 2:1 and after this had huge problems in matches of the Championship of Spain against “Villarreal”, “Espanyol” and “Las Palmas”. Now “Real” is miles away from its optimal fit and is outsider for this match.

“Borussia” will arrange “warm” greetings for old rival. We all wait for interesting football and the hosts are not going to lose. The best bets are:

Winning of Borussia Dortmund with handicap (0) 1.86