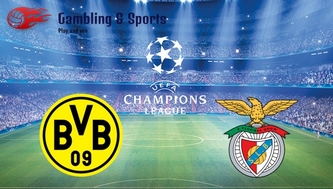 Analytics
and review of the match Borussia
D – Benfica

On
the 8th
of March, Wednesday the 2nd
leg of Champions League 1/8 finals between Borussia, Dortmund and
Benfica, Lisbon will be held. This match will be held in Dortmund at
20:45 (GMT+1).

Borussia
as the favorite of the meeting was able to dictate its football in
Lisbon. “Die Schwarzgelben” handle the ball much oftener and
kicked the net of the rivals 14 times and Benfica – only 4. The
team of Thomas Tuchel wasn’t able to score any goal. The winning
with the score 1:0 before the 2nd
leg in Dortmund doesn’t give the “eagles” any advantage.

In
Dortmund only the guests face the problems. Very rarely Dortmund
backs out. The fans didn’t see any defeat of their favorite team at
“Signal Iduna Park “ this football year. But Benfica is not
stable. And it is not so strong to think about getting into the next
round.

Borussia
D won’t probably have any problems during the match. We expect to
see rather goalscoring football match. In our opinion the best bets
on the match Borussia D – Benfica will be:

During
the group stage Benfica had missed 10 goals. It is more than have
missed all the participants of 1/8 finals.