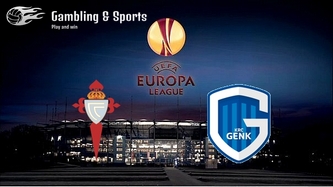 Analytics and review of the match Celta – Genk

One
of the match of the ¼ finals of the Europe League will be held
between Celta, Spain and Genk, Belgium. The match will start on the
13th
of April, Thursday in Vigo at 21:05 (GMT+1).

Last
round Celta had to meet with Krasnodar, Russia. The Spaniards didn’t
face any problems during two meetings and won with the score 4:1
according to the total sum of scored goals of two matches. Genk in
its turn had made the question clear about the entering the
quarterfinals during the away match against its neighbor Gent having
overplayed it with the score 5:2. The return match had ended with the
score 1:1.

According
to the last matches of Genk it has no problems with the goalscoring
indexes. The defense of Celta is rather passable and the Belgians
will be able to do so. But the Spaniards are not going to lose the
home match.

The
teams will show us food football. The clubs can’t play another
football. The best bets on the match Celta – Genk will be:

Both
to score Yes – odds 2,0 WillHill

Genk
had scored 16 goals for the last 5 meetings.

The
clubs have never met before.