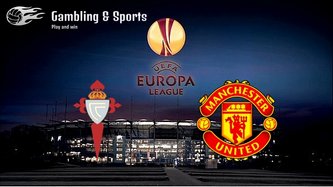 Analytics
and review of the match Celta-
Manchester United

One
of the matches of the ½ finals of the Europa League will be held
between Celta, Spain and Manchester United, England this Thursday.
The match will start on the 04th
of May, Thursday in Vigo at 21:05 (GMT+1).

As
we see it, Celta is the weakest team of the semifinal round. At this
stage the Spaniards had passed over Shakhtar Donetsk, Krasnodar and
Genk and with each football club Celta underwent serious
difficulties. And bearing in mind the results of this club at EPL
Celta is simple midlevel club. Now it has to play with the main
favorite of the tournament – MU. The team of José Mourinho also
doesn’t show any brilliant results this Europa League but the red
devils won’t stop. MU’s aim is to win and Celta won’t stop this
club.

Manchester
is able to solve all the questions during the first match. The best
bets on the match Celta- Manchester United will be:

Celta
and Manchester United have never met before.

Celta
has won 3 out of 6 home matches of the current Europa League
tournament.