The
UEFA Champions League is the most popular world football tournament.
It is even more popular than the World Cup. Annually the strongest
clubs of Europe are fighting for the title of the best club, and this
is really an amazing show! Millions of fans are making bets on
participants of this great event in hope to share the success of the
favorites. But the history of this Euro Cup wasn’t always so
smooth.

The
beginning the Champions League dates back to 1955 when the French
journalist Ano has suggested to build continental club football
competitions. The condition of this rise became the statement of
English Wolverhampton that the team is the strongest in the world.
And all the matter is that they went on Europe tour and have won
against all the rivals there.

For
confirmation of these arguments it was offered to hold the European
Champion Clubs’ Cup which started in January, 1955. That was knockout
tournament and for a long time only the teams which have won a title
in the country and the holders of last year Cup took part in it. And
since 1960 till 2004, the winner of the Champion Clubs’ Cup was
playing a match against the strongest team of Latin America, having
revealed the strongest club of the world!

So
it was before renaming of this tournament into the Champions League.
By the way, following the results of the European Champion Clubs’ Cup
it is possible to determine accurately the football of what country
was on the leading positions – tendencies were replaced every five
years. The last season of the European Champion Clubs’ Cup before his
transformation was spent already in the format of group stages after
which the stage with play-off matches began. These regulations have
pleased the organizers and clubs which had actively taken part in the
development of new competitions so much that it was decided to leave
the scheme of the competition for the Champions League tournament. 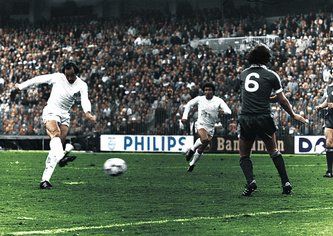 The
holders of not only the first but also the second and the third lines
of the leading European championships could participate in the
competitions. And the top lists of national associations and club top
lists were evaluated by last five years of the Euro Cup season where
all points that were gathered by the team of a certain country were
summarized and were divided into the representation of the country in
Euro Cups. Thus it became clear what country will be able to propose
how many clubs for the next season.

To
tell the truth the scheme appeared to be so successful that the
tournament has begun to gain great popularity and nowadays it is the
most profitable football project in the history of football. All
teams are dreaming of playing in the Champions League as this
guarantees them bonuses and the bonuses are good: for broadcastings’
sales, tournament progress and passing of each tournament stages. As
a result, all this makes tens of millions of dollars.

The
tendency of increasing the number of scored goals during the matches
of the Champions League was marked during last several seasons.
Especially it concerns the final stages. Earlier clubs were trying to
secure their gates as much as possible having hoped that the rivals
would made some mistakes whereas today most of the teams prefer the
attacking style: Barcelona, Real, Bayern, Manchester City – all these
grandees of world football are using attacking style. This gives to
fans an excellent chance to increase their profit thanks to using
over/under betting. There are also the antipodes of such teams –
Juventus, Chelsea. These clubs are the big fans to dry matches with
equal teams. All this variety of schools, styles, tactical methods
and technical arsenal have made the Champions League the most
interesting tournament in world club football!

Now
it is possible to speak about champions of the Champions League which
records even if surpassed then would stay in the hearts of as the
greatest achievements in the European club football.

The
most titled participants of the
tournament.

•
Liverpool
– 5 victories, 2 defeats in the finals;

If
we speak about the most titled clubs in the Champions League then we
have to mention Spanish grandees – Real has won the trophy 6 times
and Barcelona 4 times. Milan, Italy has won
three times. 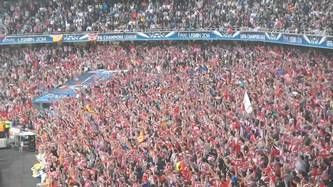 The
great popularity of this European competition also allows it to
receive additional attention from world bookmakers which propose an
opportunity to bet on the Champions League matches, having chosen
among millions of various variants of Champions league match
predictions made for the main tournament and qualification stage.

The
world of sport betting is developing so rapidly. Thanks to the
Internet, people now have much more opportunities for information
exchange. The help of sport experts, especially cappers (sport
experts in betting) are available to everyone. A lot of information
portals and bookmakers propose their services on sport betting tips.
All you need to do is to choose among the variety of sport
predictions the best variant and to make use of it.

Our portal Gambling&Sports proposes you
betting tips made by our experts and this section gives you
Champions League preview and predictions. If
you want to make sure that they are of the best possible quality, you
are welcome to visit the section “Statistics”
and draw your own conclusion about our work.

The main factor that speaks in favor of using
uefa
Сhampions
League betting tips is the
possibility of testing these tips. With their help you can not only
make sure that they are of the best quality but also you can test
different bookmakers’ services with the minimal possible risks. For
a fresher such helping hand in the deep ocean of sport betting can
substitute the motor boat.

The fresher won’t earn immediately
considerable amount of money on sport betting in any kind of sport.
At first you need to study out the mountains of special literature,
and go deep into the theme of sport betting itself, the general
tendencies and rules and terms of bookmakers. Also you need to go
deeply into betting systems and become the expert in football if you
want to practice Champions League
betting.

That is why we recommend
you to use uefa
champions league match predictions
that can be found in this section of our website. Of course, you can
try to predict the outcome of this or that sport event by your own.
But as the statistics demonstrate, our Champions
League 2017 predictions frequently
show best results. The team of experts that is creating our
champions league matches predictions, studies very carefully all the
aspects and nuances. It is necessary to master statistics of matches,
to study out bookmaker odds, analyze and compare the possibility of
different outcomes. At first, you will for sure be losing the money
while making your own predictions without due knowledge.

It should be noted that even the best
expert-capper won’t give you 100% guarantee of a definite match
outcome, but qualification and the knowledge of our experts make it
possible to build the most accurate predictions. This fact is proved
by our statistics. Besides, having delegated the process of
prediction making to our experts, you will spare much more time and
can work with sport betting itself. And this of course will help you
to double your winnings. Of course, good paid betting tips cost a
lot, but only they will prevent you from losing so often and will
increase your profit.

Make use of our Champions League soccer predictions. You will
be satisfied with the results.