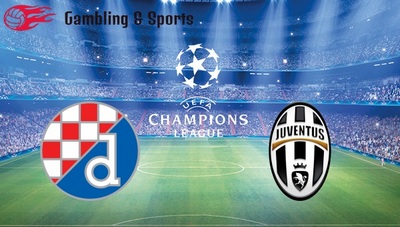 Analytics and review of the match “Dinamo” Zagreb” – “Juventus”

“Dinamo” Zagreb will play home match with “Juventus Turin in frames of the second round of group stage of Champions League 2016-2017. The match will start on Tuesday at 20:45 GMT+2.

During the first round “Dinamo” Zagreb had proved its status of outsider of quartet H of present Champions League, having lost to French “Lion” with the score 0:3. Zagreb won’t be possible to improve the situation without goal chances. The level of this team is absolutely insufficient for the group stage of the Champions League.

What about “Juventus”, in its first match the club was not able to win at home even with “Sevilla” – goalless draw is the result of this match. Football players of Massimiliano Allegri made 16 shots on goal vs 3 made by “Sevilla”, but still were not able to score even one goal. Nevertheless, “Juventus” is the main favorite of this group and this match has to improve the club’s position in the tournament.

It will be very hard to Zagreb to fight with “Juventus” even at home. We expect to see very confident winning of “Juventus”. The best bets on the match “Dinamo” Zagreb” – “Juventus”:

“Juventus” didn’t concede even one goal during two last matches.

“Dinamo” Zagreb” had lost only one out of 8 last away matches.