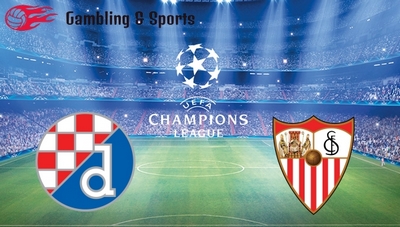 Analytics and review of the match “Dinamo” Zagreb– “Sevilla”

“Dinamo” Zagreb again is proving that the club is not ready to play in the best European club tournament. During two last matches, the Croats have lost with the total score 0:7 and it is impossible that this team will gain any point during the group stage. The squad of “Dinamo” is strong only by the standards of the Championship of Croatia and at the European arena this team is possible to be overplayed by anyone.

“Sevilla” in its turn now is sharing with “Juventus” the first line, having gained 7 points. The goalless draw in Turin and minimal home winning over “Lion” is rather good outcome. But in order to be absolutely sure the club needs to gain 6 points in two match struggle with “Dinamo” Zagreb.

“Sevilla” has won only one out of 6 played away matches of this season.

“Dinamo” Zagreb is not able to score at home for 3 matches in a row.