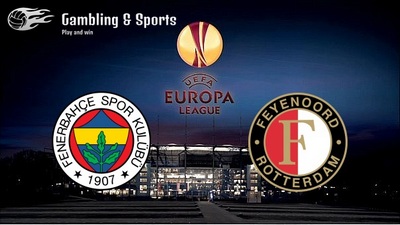 Analytics and review of the match “Fenerbahce” – “Feyenoord”

Turkish “Fenerbahce” will host Dutch “Feyenoord” in the frames of the second round of the group stage of the Europa League 2016-2017. The match will start on Thursday at 21:05 (GMT+2).

The Turkish club had played rather ambiguous match of the group stage against Ukrainian :Zarya”. On the one hand, “Fenerbahce” could score the goal during last seconds and the team gained one point. But on the other hand, the status of “Fenerbahce” means that the team had to win without any problems even the away match. Now, “Fenerbahce” faces home match where this club plays perfectly.

“Feyenoord” in its turn, could win at home over “Manchester United” with the minimal score. All understood that the only chance of Dutch team is to use counter attacks and one of these counter attacks led to the goal in last 10 minutes of the match. “Feyenoord” were perfect in defense and didn’t give “Manchester” a chance to find the gates. “Red devils” made 16 shots but were able to concede only 2 goals.

Defensive play is not the strongest side of these teams. We wait when both teams score. The best bets on the match “Fenerbahce” – “Feyenoord” will be:

These two teams had played two games in the frames of qualification for the Europa League season 2002-2003. That time both matches had won “Feyenoord” with the total score 3:0.