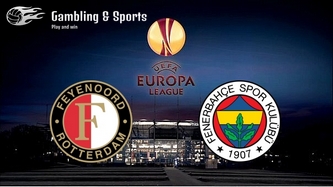 Analytics and review of the match Feyenoord – Fenerbahce

Dutch Feyenoord will host Turkish Fenerbahce in the frames of the 6th round of the group stage of the Europa League 2016-2017. The match will start on Thursday at 20:00 (GMT+2).

As for now Fenerbahce is a leader in the group A, having scored 10 points. Next to this club goes Manchester United, having scored 9 points. But Feyenoord with 7 points has all chances to get into the next round. In order to do so, it has to overplay the Turkish grand with the difference of minimum 2 points, or the club has to win with any score and hope that Manchester will lose to Zarya.

Generally speaking, all depends on the club of Van Bronhorst. The team has to risk and open. It means that we will enjoy an interesting game.

Fenerbahce will play on contra attacks and that can make the game. But we can be sure that the hosts will score minimum one goal. The best bets on the match Feyenoord – Fenerbahce will be:

Fenerbahce has won 3 last away matches in a row.