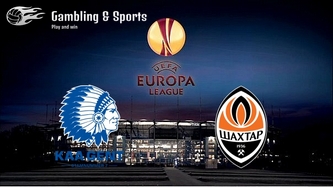 During the first match between these two teams that had happened two weeks ago “Shakhtar” has mocked over its rival. The team has scored 5 goals and had proved that it is rather a professional team. The winning in this match will lead the club to playoff and the team will do everything to win.

But “Gent” always plays greatly at home. It is useless to wait for the same outcome as we observed during the first match. “Gent” thanks to the help of its fans is going to head the match.

“Shakhtar” has to win in this match. But the score is going to be minimal. The best bets on the match “Gent” – “Shakhtar Donetsk” will be:

“Gent” has won all 9 home matches this season.

“Shakhtar” has won in 6 out of 7 last away matches.