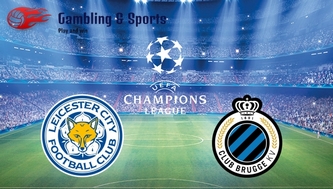 Analytics and review of the match “Leicester” – “Brugge”

“Leicester” now is the leader in group G with 10 points and is three points ahead “Porto”. The winning with either outcome will lead “Leicester” into playoff. And this is what this club really wants. During the last round “Leicester” has lost to “Watford” with the score 1:2. But in the Champions League the team didn’t lose and miss any goal.

But “Brugge” can’t be proud of anything. All four matches the team had lost and was able to score only 1 goal. “Brugge” has lost home match to “Leicester” with the score 0:3 and it is possible to wait for such kind of outcome this time.

“Leicester” plays well in the Champions League. “Brugge” has no chances. In our opinion the best bets on the match “Leicester” – “Brugge” will be:

“Leicester” is not able to win 4 matches in a row.

“Brugge” has won three out of ten previous away matches.