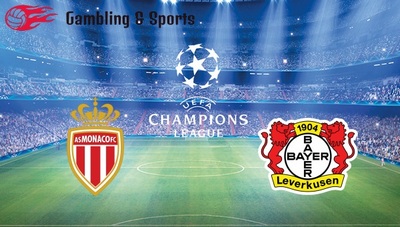 “Monaco” makes very strong impression this season. During the first round of the Champions League, the team had won away match with very “solid” rival – English “Tottenham” with the score 2:1. More than that, right now “Monaco” is heading the French Football League 1 and had managed to score 3 goals in the match with “PSG” and missed only one. “Monaco” can be potential club for playoff if, of course, it continues to play as it did.

“Bayer” in the frames of the first round of the group stage of the Champions League had played the home match with “CSKA” Moscow. Without a shred of a doubt, “Bayer” was the favorite of that match. Having scored two goals at the very beginning of the meeting, “Bayer” assured nice advantage and just relaxed by the end of first half. That had pulled a prank on the team as “CSKA” could score 2 goals in the period from 36 till 38 minutes. All further attempts of “Bayer” were useless and it was much more closer to defeat rather than to victory.

It is unlikely that “Monaco” will win the match. But “Bayer” can figure on a goal. The best bets on the match “Monaco” – “Bayer” will be:

The last time “Monaco” lost the home match in April 2016.

“Bayer” scored in every 13 last away matches.