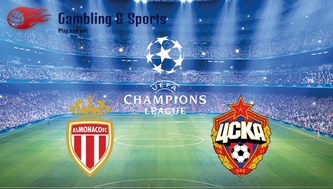 Despite all efforts “CSKA” could not win in the first match. They have opened the score in the first half, but active press of “Monaco” had effects at the end of the match.

Lately “CSKA” is in hot water. Absence of Dzagoev and Eremenko influences greatly on the attacking force of “CSKA”. The team of Leonid Slutskiy has won only two times out of 10 matches. There is no way to gain Champions League playoff.

It is unlikely that “Monaco” will experience any problems during this match. “CSKA” is absolutely devastated after the match with “Spartak”. The best bets on the match “Monaco” – “CSKA” will be:

“Monaco” hadn’t lost in any home match this season.

“CSKA” lost 4 previous away matches in a row.