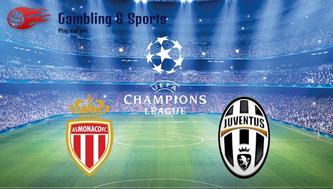 Analytics
and review of the match
Monaco
– Juventus

On
Wednesday, on the 3
rd
of May there will be held the first match of ½ finals of the
Champions League between Monaco, France and Juventus, Italy. This
match will be held in Monaco at 20:45 (GMT+1).

The
history of Monaco this season is like a fairy tale. This club is the
most successful among all teams of top 5 championships and the game
of Monaco in the Champions League is amazing. But the high indexes of
the Frenchmen are compensated by a large number of missed goals and
that can lead to a defeat during the match with Juventus.

Juventus
deserves to win this Champions League. 2 years ago it was so close to
do this but was stopped by Barcelona in the final match. But this
time Juventus has won over Barcelona and hasn’t missed any goals
for 2 matches.

It
is quite obvious what to wait from Monaco. But what shall we wait
from Juventus? The team of Massimiliano Allegri can simply close the
gates as they did during the match with Barcelona and the Frenchmen
won’t be able to get close to the gates. But if Juventus becomes
the favorite and we can wait for a very interesting game.

The
attacking manner of Monaco will lead to success. Juventus also makes
mistakes during away matches. But it is more probable that the
guests will score a goal. In our opinion the best bets on the match
Monaco – Juventus will be:

Juventus
had come to play with Monaco for 2 times already. The match in 2015
had ended with the score 0:0 and in 1998 Monaco won over Italians
with the score 3:2.

Monaco
had scored 21 goals during this Champions League tournament. Juventus
has 17 scored goals.