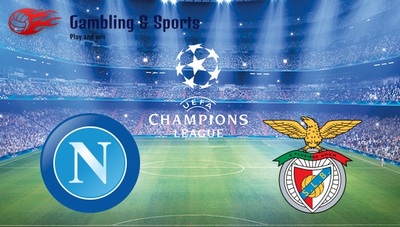 Analytics and review of the match “Napoli” – “Benfica”

“Napoli” Italy will host “Benfica” Portugal in the frames of the second round of the group stage of the Champions League 2016-2017. The match will start on Wednesday at 20:45 (GMT+2).

“Napoli’ during the first round of the group stage of the Champions League was able to win with local “Dynamo” in Kiev. The Ukrainians could score one goal vs two goals scored by Milik. Generally speaking, “Napoli” started this season quite well. At the moment the club is on the second line of Serie A, losing to “Juventus” one point.

But “Benfica” also can be proud of the good beginning of the season. The team has won the super Cup of Portugal and is heading the standings after 6 matches of the Championship of Portugal. But the team didn’t manage to win home match with “Besiktas” : the team won back on last seconds.

The level of football players is higher in “Napoli” than in “Benfica”. We all wait that this factor and the fact that it is a home match will play the important role in this competition. The best bets on the match “Napoli” – “Benfica” will be:

“Napoli” has not lost home matches since January 2016.

“Benfica” won all 4 away matches of the current season.