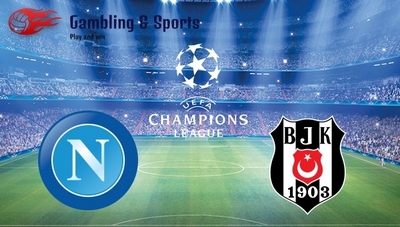 Analytics and review of the match “Napoli” – “Beşiktaş”

The team from Napoli after two played rounds is the only leader of the group B, having scored 6 points. The closest rival is “Beşiktaş”, but this team has only two points. And that is why winning of “Napoli” guarantees the team the playoff .

But it won’t be so easy for “Napoli” to win. Now is injured the chief forwarder of this club Arkadiusz Milik, who substituted Gonzalo Gerardo Higuaín (moved to “Juventus”). Having lost the football player, “Napoli” started to play badly in attack and that is why had lost two matches of previous Series A against “Atalanta” and “Roma”. But “Napoli” needs to get used to play without him, having in its squad such football players as Callejón, Hamšík and Insigne.

“Beşiktaş” in its turn, is performing indefectibly. The team has lost only once: to “Galatasaray” in frames of Turkish Super Cup. But we believe that this is only the matter of time, as “Beşiktaş” hasn’t yet met a strong rival.

“Napoli” will do all to win. “Beşiktaş” can possibly lose, but the defeat won’t be devastating. In our opinion the best bets on the match will be “Napoli” – “Beşiktaş”:

These teams have never played with each other.