“Winners’ enclosure at the Cheltenham Festival” (CC BY-SA 2.0) by Carine06

Horse racing over jumps doesn’t get any bigger than the Cheltenham Festival.

For four days in March, the Prestbury Park racecourse in the Cotswolds near the Gloucestershire town becomes the centre of the sporting universe as the best National Hunt thoroughbreds from the British Isles and beyond compete in 28 races.

A successful gambler can’t really take shortcuts when it comes to betting on horse racing, so ahead of the 2019 event here are some of the important Cheltenham Festival trends you need to know before taking a punt.

Arkle, Champion Hurdle and Mares’ races most rewarding for favourites

If you like to back fancied horses, then the 2m Arkle Challenge Trophy for novice chasers on the opening day of the meeting is a good place to start. Six of the last seven renewals of the Arkle have been won by the market leader. 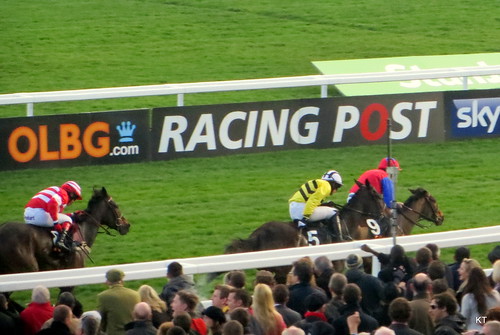 “Quevega (right) won the Mares’ Hurdle 6 times, so no wonder favourites have such a good record” (CC BY-SA 2.0) by Carine06

Tuesday at the Cheltenham Festival can be particularly rewarding for favourite backers, as three of the last four (and four of the last six) Champion Hurdle fancies have also come in. The Mares’ Hurdle over 2m 4f is also an event in which market principals have done particularly well, though bear in mind the same horse Quevega won it six times in a row before she was retired.

Speak of mares, the newest race at the Cheltenham Festival – the Dawn Run Mares’ Novices’ Hurdle – inaugurated in 2016 has had three favourites out of three win it to date.

The stats are even stranger when it comes to horses competing over longer distances. While Altior is the first Queen Mother Champion Chase favourite since 2014 to have justified top billing in the 2m feature race on the Wednesday, and all the rage in the latest Cheltenham Festival horse racing betting with bet365 to do so again, check out these curious trends.

No race at Cheltenham is over a longer distance than the 4m National Hunt Novices’ Chase for amateur riders. Since it’s been moved from the second day to the Tuesday of the Festival, however, no favourite has won this marathon test of stamina. 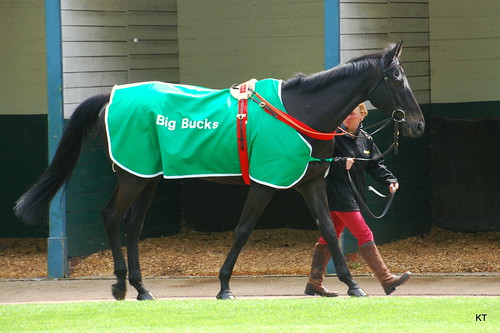 “Big Buck’s won the Stayers’ Hurdle when it was called the World Hurdle 4 times” (CC BY-SA 2.0) by Carine06

Stayers’ Hurdle statistics are skewed in that the 3m event run on the Thursday was won four times on the bounce by Big Buck’s, and thus he was sent off favourite on three occasions. The Cheltenham Gold Cup, which is the blue riband race of National Hunt steeplechases and centrepiece of the Festival, meanwhile, is due another market leader winning after the horse at the head of betting won in both 2013 and 2016.

Will that three-year interval pattern continue? Connections of Presenting Percy, who hails from the modest-sized Irish yard of Pat Kelly, will hope so after some of the established staying chasers have failed to fire in both the UK and the Emerald Isle.

Be wary of favourites in handicaps

The 2018 Cheltenham Festival saw two favourites win handicaps. That is highly unusual as the previous three editions of the meeting saw the various races run under those conditions pass by without a market principal getting into the winners’ enclosure.

There are two events in particular that you should swerve betting on horses that head the betting; the Coral Cup over 2m 5f on the Wednesday and 2m County Hurdle on the Friday. Favourites have a notoriously poor record in both of these races with none landing the spoils in the last decade and beyond.

Handicaps take even more studying than the championship and conditions races at Cheltenham, so the only sound advice is to work out a profile that most winners have in common. Once you’ve done that, be sure to back your Festival handicap fancies each-way, so if the horses place you can still receive a return.