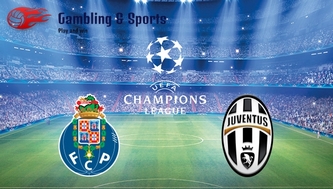 Analytics
and review of the match
Porto-Juventus

One
of the pairs of 1/8 finals of the Champions League consists of
Porto, Portugal and Juventus, Italy. The first match will be held in
Porto on the 22
nd
of February and will start at 21:45 (GMT+2).

Porto
with a great difficulty has managed to get through the group stage.
To tell the truth, the Portuguese were in the easiest group –
Leicester, Brugge, and København. The leader was Leicester, of
course, and Porto was fighting with København for the second line.
Eventually, the team of Espírito went into play off, but further
horizons are misty.

Juventus,
in its turn, hasn’t lost any match during the group stage and by
right is considered to be one of the favorites of the tournament.
Juventus is strong enough to fight with grands and its squad is
stronger than that of the Champions League 2014/2015.

Juventus
is able to gain the necessary result during the first match. Porto is
definitely behind the Italian grand by many factors. In our opinion
the best bets on the match Porto-Juventus will be:

Interesting
facts before the match Porto-Juventus.

Juventus
has never lost to Porto.

During
the group stage Porto has missed only 3 goals. Juventus – only 2.