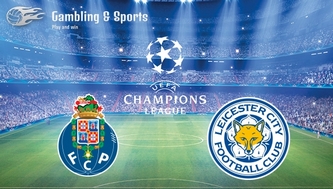 Analytics and review of the match Porto – Leicester

“Porto” Portugal will host Leicester England in the frames of the 6th round of the group stage of the Champions League 2016-2017. The match will start on Wednesday, at 21:45 (GMT+2).

Porto is facing now a very difficult task. The team has to win in the match with the Champions of England – the English club has ensured itself the first line in the group but the team is not going to give up. Porto now is at the second line but København needs only two points to catch up Porto. In case it would be a draw and København will win over Brugge, København instead of Porto will enter the next round.

Porto faces lately a huge problem with performance. For the last 5 matches the team has scored only 1 goal. Leicester has missed one goal for the whole period of a group stage and nobody can be sure that Porto will be able to break the defense.

Leicester feels good. It is hard to explain why did the bookmakers make the hosts of the match to be the favorite. In our opinion the best bets on the match Porto – Leicester will be:

For the last 8 matches Porto has scored only 3 goals.