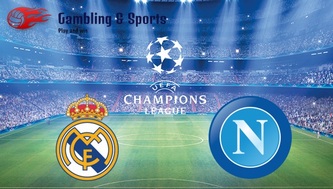 Analytics
and review of the match
Real
Madrid – Napoli

One
of the pair of 1/8 finals of the Champions League consists of Real,
Madrid and Napoli, Italy. The first match will be held in Spain on
the 15
th
of February and will start at 21:45 (GMT+2).

Real
is participating in this Champions League as the current champion of
the tournament and this fact really influences the team. To defend
the title is harder than to gain it. During the stage group the team
of Zidane has met with Borussia Dortmund and both matches ended in a
draw with the score 2:2. Real Madrid gave the first line to Borussia
Dortmund. But during 1/8 finals the club will meet with the weakest
possible rival – Napoli. Some bookmakers really think so.

But
is Napoli really so weak? Its group the team of Sarri has won, but
with difficulties. But Italians for a long period of time haven’t
lost and are now in the perfect form. But, to tell the truth, Napoli
hardly can win over Real.

Real
won’t probably meet any problems during the match. The hosts will
surely achieve necessary outcome before the return match. In our
opinion the best bets on the match Real Madrid – Napoli will be:

Real
Madrid has never met with Napoli before.

Best
goal scorers of these clubs during the current Champions League
(Benzema and Mertens) have scored 4 goals.