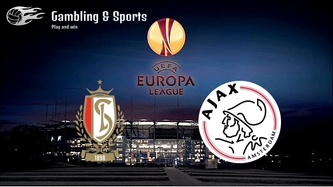 Analytics and review of the match Standard – Ajax

Ajax has already ensured the first line in its group and can focus on home Championship till February. But Standard at the moment has the same number of points as Celta Spain. The second pass to play off will be played up during the final round.

Standard has the simplest task – to win. But Ajax won’t agree for a fixed match. Only Rostov was able to win the Dutch club. And this kind of series the club is not going to break and will try to hold at the outcome of this match.

We all wait for good football. Standard has to risk and Ajax will necessary try to make use of this game. In our opinion the best bets on the match Standard- Ajax will be:

Ajax has not lost 4 matches in a row already.