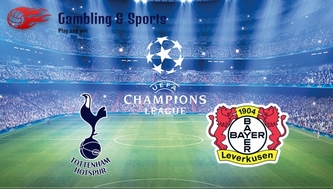 The previous match between these two teams that had happened two weeks ago has ended with a goalless draw. “Bayer” has ended all matches of the group stage in draws. But “Tottenham” was able both to win and to lose.

Both clubs are going through the crisis lately. “Tottenham” played in draw 4 out of 5 matches and one more match the club lost to “Liverpool” in frames of FA Cup. “Bayer” dropped out the German Cup and lost 3 out of 5 last matches. So, both clubs are very unstable and it is unlikely that these teams will demonstrate amazing match.

It is useless to wait for great match. Both teams are lacking in attack’s leaders. The best bets on the match “Tottenham” – “Bayer” will be:

“Tottenham” missed a ball only in one home match out of 4.

“Tottenham” and “Bayer” have met only twice. And only one ball has been scored.